Thursday is "This Old House Day" 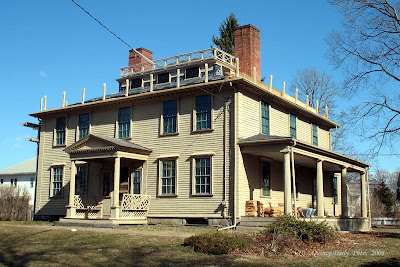 The historic 1770 "Quincy House" is undergoing some maintenance and restoration work. The house was originally built as a country estate and was surrounded by fields and pasture overlooking Quincy Bay. It boasts an unusual monitor roof, the oldest known example of this roof style to survive from the original colonies. Its elegant architectural details, including a Chinese fretwork balustrade and classical portico, befit the status of the man who built it, the Revolutionary leader Colonel Josiah Quincy. It was in the attic of this house that Josiah and George (Washington) watched and reported on the movement of British troops in Boston Harbor. The Quincy family was as prominent as the Adams family in early Massachusetts history. The family produced 3 mayors of Boston and a president of Harvard College. This house located at 20 Muirhead Street, is listed on the National Register of Historic Places and is worth visiting.
By slim - March 27, 2008

What an amazing history this house has....and it is beautiful, too!

(Was that you reading the plaque? LOL)

I like this architecture, which suggests to homes in northern Europe

Man, do I like that house! Thanks for posting both the photo and history.

It's always a pleasure to share some history from my home city. Thanks for stopping and commenting.
George--That is not me gathering history . . . I was busy getting the house shot in Quincy ;)

Yeah for history! That's what I love about living on the East Coast. All the history and places where things happened that mattered and that shaped this country.

Beautiful picture, as always. Can't wait to see the results of the restoration work. 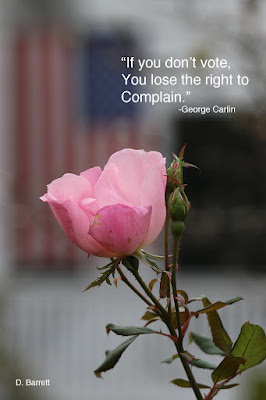